World Book Night is now in its fourth year and 2015 bring’s its possibly most eclectic collection yet. As well as some popular genre fiction such as Lynda La Plante’s Prime Suspect, and Robin Hobb’s Assassin’s Apprentice there is some cracking YA: some of the more popular Quick Reads: one of the most famous products of NaNoWriMo, Water for Elephants: SciFi scare fest The Martian and tales of real life hardship from around the world. And much much more. This year also includes it’s first poetry collection, Essential Poems from the Staying Alive Collection, which will be a lovely way of introducing people to reading. Dissapointingly no graphic novels-as I believe having Judge Dredd on the list back in 2013 was one of WBN’s bigger successes, but a great list all the same.

This year I’ll be once again helping the Big Bookend give away books to students at Leeds City College, but if you are in Leeds and are looking for a place to get your hands on books the folks at Leeds Book Club are running their annual party at the White Swan pub in the city centre. There will be a book swap, and is usually cake, so get on down!

I’ve been reading some of the WBN books I’ve not discovered before. 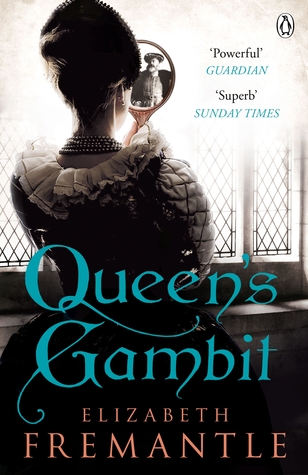 Queen’s Gambit by Elizabeth Fremantle tells the story of Henry VIII’s surviving wife, Katherine Parr. Ever since I read Alison Weir’s Six Wives of Henry Henry VIII I’ve wanted to know more about Parr. This interest was sparked further by the development of the Shardlake series-especially last year’s excellent Lamentation. She was an educated and passionate woman by all accounts, whose yearnings to promote religious reform nearly cost her her life.

This wonderful piece of historical fiction brings the Tudor court to life and makes it utterly terrifying. It made me really see why we say Katherine ‘survived’, because she did exactly that. She was the survivor of an violently and emotionally abusive marriage and came out of it to lead the life she wanted, with devastatingly sad results.

Telling the story of Katherine the book also shows the role of women throughout the Tudor court, as the tale is told alongside that of her faithful maid. Fremantle is an ex-fashion journalist and this shows through her beautiful description of the clothes and the jewels which sounded so ridiculously sumptuous but would have been everyday for the courtiers.

I really enjoyed this book, found it a dense read but a real page turner. History fans look out for it! 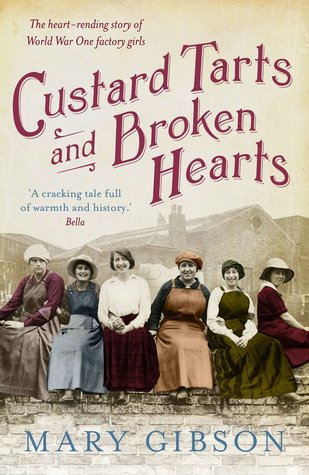 I was attracted instantly to Custard Tarts and Broken Hearts because of the wonderful title and the frankly gorgeous cover. The last few years have understandably seen a flurry of books set during the years of the First World War, and this is one of the more homely ones.

A cracking family drama/romance that is a lovely Sunday-on-the-sofa read, it also tells about an important piece of social history; the Bermondsey women’s strikes of 2011. Gibson’s grandmother was one of the strikers and, like Frances McNeil in Somewhere Behind the Morning, which is similar in theme and tone, to this one, Gibson uses her grandmother’s life as the basis for the story.

Nellie grows up in extreme poverty, surrogate mother to her three younger siblings. Her father uses his belt as the way of keeping the family in line, and when Nellie falls for handsome trade unionist Ted, her father throws her out. It takes near tragedy and the love and support of her neighbours and friends to bring the family around.

Going to to tell the story of the soldiers at the front, again based on the stories of the author’s grandparents, this book is a wee bit soppy in places, but a lovely heart warming and hopeful tale and I enjoyed it immensely.

I’ll be giving out copies of Skellig, by David Almond. This was one of my favourite books as a child, we read it as a class in primary school. The story of a young boy who’s life has been turned upside down by the premature birth of his sister, and the family’s upheaval in moving to a new home, this book will make you cry and look at the world through the eyes of a child filled with wonder.

One day Michael finds a strange old man lurking in the shed. The man only eats Chinese and seems to spit feathers. With the help of his new friend Mina, Michael tries to help the man find freedom and live without pain.

It is just a wonderful piece of fantastical writing and Mina especially is just one of the best characters in YA. If you get a copy of this, prepare to be biting back the tears.

Do enjoy World Book Night, wherever you are celebrating. The aim of the whole enterprise is to get more people reading for pleasure, so even if you’re not a giver, why not recommend a book to someone you know isn’t a reader? Create an office bookshelf, join a book club, leave a book on a train or in the pub with a note saying why people should read it. And I hope that if you are lucky enough to be a giver that you have a fantastic time and remember that one of those books you give could change someone’s life.